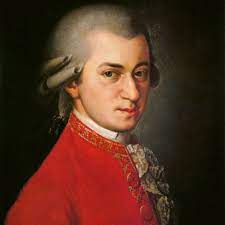 Approximate duration 13 minutes
This is the orchestra’s first performance of the Divertimento in D.

Composed in 1772, this Divertimento is one of a set of three that Mozart wrote on the heels of his first Italian tour.  16-year-old Wolfgang had created a sensation in Italy, working with the finest Italian singers, performing in various Italian courts and receiving the Order of the Golden Spur from the Pope.  Still more important was his exposure to important Italian composers such as Padre Martini and Niccolo Jommelli.  It was inevitable that the sunny Italian temperament would manifest itself in Wolfgang's music, and in some respects these three Divertimenti are the embodiment of that spirit.

Leopold and his gifted son arrived home in Salzburg in mid-December, 1771, and remained there until October, 1772.  This was the longest amount of time Wolfgang had spent at home since his extensive travels commenced almost a decade earlier.  Their return coincided with the death of the Prince-Bishop Sigismund von Schrattenburg, whose love of music and influential patronage had been major factors in Wolfgang and his sister Nannerl's early triumphs.  His successor, the unsympathetic Archbishop Colloredo, was elected the following March.  During this time, Wolfgang composed few symphonies and sonatas, spending more time on the lighter serenades, divertimenti and other pleasing chamber works in the style galant.

K.136 is really misnamed as a divertimento.  Though it is often performed by string orchestra, the score calls for first and second violins, viola and bass (designated cello in the 18th century).  It finds its musical siblings among Mozart's early string quartets, rather than among the other divertimenti, which normally contain two minuets; this work has none.  Mozart scholar Hans Keller calls the three divertimenti K.136-138 "quartet-symphonies," and the designation is apt, inviting the flexibility of either interpretation.  The clarity of texture and the virtuosic character of the first violin part are perhaps better rendered by string quartet.

The music bears the imprint of Mozart's Italian teachers, and also that of Michael Haydn, who favored four-part divertimenti at that time.  In all three movements, the first violin has most of the main themes, with the second violin occasionally doubling in thirds or imitating.  For the most part, the other three instruments function almost exclusively as harmonic accompanists.  The first movement is a simple, joyous sonata form.  The slow movement is song-like, and quite graceful in its simplicity.  A brief introduction ushers in the sonata-rondo finale, whose main theme is distinctly derived from the opening melody of the first movement.  The brief development in the Presto is the only place where Mozart flirts with imitative writing in this otherwise homophonic work. 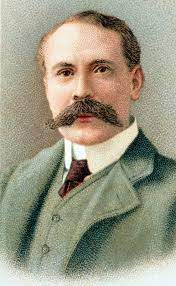 Approximate duration 13 minutes
The orchestra has performed Elgar’s Serenade for Strings once before in 1993.

"The first orchestral piece to sound the authentic musical voice of Edward Elgar."  So reads one of Elgar's biographers' assessment of the Serenade we hear at this performance.  A comparatively early work, the Serenade grew out of Three Pieces for String Orchestra, composed in 1888 when the composer was barely 30, and revised four years later to its current form.  Then it became a third anniversary offering to his wife, Caroline Alice Elgar.

Sir Edward Elgar was a master of the orchestra.  He proved that unequivocally in 1899 with the Variations on an Original Theme (“Enigma”), Op. 36. Many subsequent works reinforced his reputation as a splendid orchestrator, notably his first two symphonies, the oratorio The Dream of Gerontius, Op. 38 (1899-1900), and the fine Cello Concerto, Op. 85 (1919).  The comparatively early Serenade heard on this program shows that his mastery was clearly in place long before those other works.  Indeed, Elgar had a lifelong fondness for the E minor Serenade.  He was justifiably proud that it was so well written for strings.  At the same time, he remained exasperated that it never achieved much popularity or many performances until after the "Enigma" Variations had become something of a hit.  He seemed to understand, as few others did until years later, what a clear harbinger the Serenade was of the genius that was to bloom more fully in his later works.

Serenade for Strings is a modest piece, taking little more than eleven or twelve minutes to perform.  The violas establish a dotted rhythmic pattern that subtly dominates both the opening movement and the end of the last movement.  The original titles are revealing, particularly the first two, "Spring Song" and "Elegy," in telling us something about what the composer hoped to communicate in these modest movements.  While the outer movements are filled with the sequences and upward sweeps that are so characteristic of orchestral Elgar, the Serenade's greatest moments are within its central slow movement.  Elgar's biographer Percy Young describes it as "passionate yet refined:  an elegiac piece with wonderful instrumental variety." 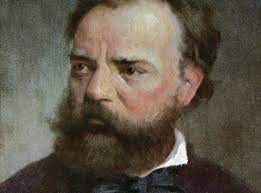 Moderato from Serenade for strings in E major, Op. 22
Antonín Dvořák
Born 8 September, 1841 in Mühlhausen, Bohemia
Died 1 May, 1904 in Prague

Approximate duration 27 minutes
The orchestra has performed Dvořák's Serenade for Strings once before in the 1976-77 season.

There are suites, serenades, variations, overtures, dances and symphonic poems.  Not much of this music goes deep, but a surprising quantity of it is fresh and charming, and very little of it dull.  For sheer charm the Serenades in E major, Op.22 and D minor, Op.44, and the Czech Suite in D major, Op.39 take a high place.  They fulfil their tasks simply, unpretentiously and delightfully.

Not that we need Mr. Robertson's imprimatur to convince us, for this is music that is well nigh impossible to resist.  Dvořák was a fine violinist and violist, and wrote beautifully for strings.  Everything about this Serenade is graceful and melodious.

Dvořák composed it during the first two weeks of May, 1875.  The entire year proved remarkably productive for the young Bohemian composer.  Having received a grant from the government to support his composing and ease his financial circumstances, he found a burst of compositional energy.  In rapid succession he produced his Fifth Symphony, a piano trio, a string quintet, the Moravian Duets for soprano and tenor, and this Serenade.  All these works showed that he would be able to work comfortably in large forms.  By 1877 the Serenade had become so popular that a Czech publisher issued it in the composer's arrangement for one piano, four-hands.  Within two years, the Berlin firm of Bote and Bock had purchased the publishing rights to this and several other new compositions by Dvořák; they issued the Serenade in 1879.

Each of the Serenade's five movements has its own charm.  The opening Moderato is reverent and lyrical, making it a good candidate for choreography.  Music Director Benjamin Rous will introduce this special collaboration from the stage. 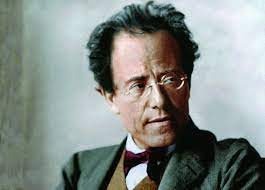 Approximate duration 10 minutes
The orchestra has performed the Adagietto once before in 2008.

The background of Mahler's Fifth Symphony is intimately tied to his romance with Alma Maria Schindler (1879-1964). As conductor of the Vienna Court Opera, he was exceedingly busy during the autumn and winter months. By the late 1890s, he had settled into a pattern whereby he concentrated on composing during the summers.  He began work on the Fifth Symphony during summer 1901. A few months later, when he met Alma Schindler at the home of mutual friends in Vienna, Mahler was 41. She was only 22. The daughter of a prominent Austrian landscape painter, Alma was well-educated, well-born, well-spoken and musically talented.  She was also considered to be one of Vienna's great beauties.  Mahler was smitten, and the love affair developed rapidly.  Barely four months later, she was already pregnant when they married.  According to Mahler's close friend Natalie Bauer-Lechner, Mahler proposed to Alma by sending her this Adagietto, which became the slow movement of his new symphony.  The movement is his love song to his bride, and one cannot help but think that the entire work is at least in part inspired by the passion Alma brought forth in Mahler.

Tender and dreamy, the Adagietto alters the psychological makeup of the symphony.  Mahler scored the movement for strings and harp, thereby creating an atmosphere of intimacy.  The key of F, traditionally associated with pastoral themes, underscores that feeling.  With this slow movement, Mahler took a significant step in a direction that was to characterize his later work:  more emphasis on strings and a new lyricism not present in his earlier compositions.  The Adagietto has taken on a second life independent of the symphony. It was performed at the funeral of President John F. Kennedy in November, 1963, and the score was also used in Luchino Visconti’s 1971 film Death in Venice. Today it resonates with the integrity of a classic even to those who do not know its powerful context. 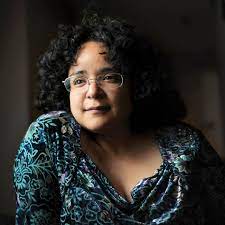 Berkeley, California is a celebrated melting pot of ideas, liberal thinking, cuisine, culture and counterculture.  Gabriela Lena Frank is a representative daughter of this high-voltage, oversized personality of a university town. She was born in Berkeley to parents of astounding diversity.  Her mother has mixed Peruvian, Spanish and Chinese ancestry; her father came from Lithuanian Jewish stock.  National identity has always been important to her when composing.  She cites Hungary’s Béla Bartók and Argentina’s Alberto Ginastera as seminal influences.

Following Bartók’s example of using ethnomusicological research as a source of material, Frank has traveled throughout South America in search of folklore, folk poetry and indigenous music, synthesizing these elements into her compositions.  Peru figures prominently.  Her works include many titles with Peruvian, Andean and Inca connections, including Cuatro Canciones Andinas (Four Andean Songs, 1999); Cuatro Bosquejos Pre-Incaicos (Four Pre-Inca Sketches for flute & cello, 2006); Inca Dances for guitar and string quartet (2008), and Danza Peruana for chamber ensemble (2008).

Escaramuza, which signifies "skirmish" in the Spanish language, is inspired by the kachampa music of Andean Perú.  Celebrating the pre-Hispanic Inca warrior, the kachampa dance is executed by athletic men who convey a triumphant, even joyful, spirit.  Inspired by the kachampa dances done with fast-snapping ropes that I've witnessed in Perú, especially in Paucartambo during the Virgen de la Carmen festival, I've created a brightly chiseled romp in an asymmetrical 7/8 rhythm that is launched after an extended bass drum solo.  Through most of Escaramuza, no section of the ensemble is allowed to rest for long, maintaining the high energy typical of kachampa.

The pulsating rhythm established in the percussion introduction is never far off, but Frank uses piano and harp to great effect for punctuation and additional color.  Primitive instinct courses through this exciting music.

Admired for his dynamism on the podium, Benjamin Rous was named Music Director of the Charlottesville Symphony in the spring of 2017, and simultaneously joined the University of Virginia faculty as Associate Professor of Music.  In 2018, he concluded an eight-year tenure as Resident Conductor of the Virginia Symphony Orchestra where he conducted a broad range of Classics, Pops and ballet performances, and created the new multimedia VSO@Roper series.
Click here to read more about Ben.

Among the 34 new members of the orchestra this season are three substitute and Interim Principal musicians. While Daniel Sender spends the fall semester in Hungary on a Fulbright Fellowship, Jeannette Jang occupies the Mary Dean Scott Concertmaster Chair. Principal Trumpet Arthur Zanin is on an educational leave from the University until January, and will be temporarily replaced by John Nye in the Lucille and Kennerly H. Digges Chair. Cody Halquist is the Interim Principal Horn in the Johanna and Derwood Chase & Chase Investment Counsel Corporation Chair for the entire 2021-22 season. Each of these three musicians brings a wealth of performing and teaching experience to their new roles. We welcome Jeannette Jang to the stage on October 2nd and 3rd, and look forward to introducing Cody Halquist and John Nye to our audiences as soon as woodwind and brass players are permitted to return. 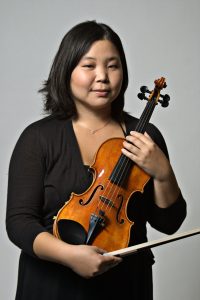 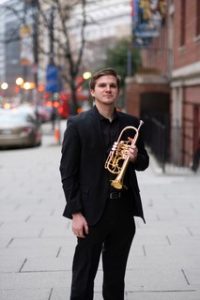 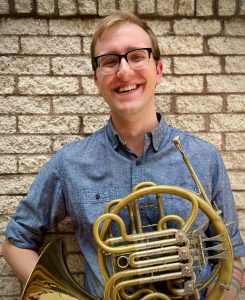 Please click here to view the list of donors who have made gifts since September 22, 2020 in support of the orchestra’s musicians, performances, and education and outreach programs.  We thank them for their generosity and confidence in our mission!