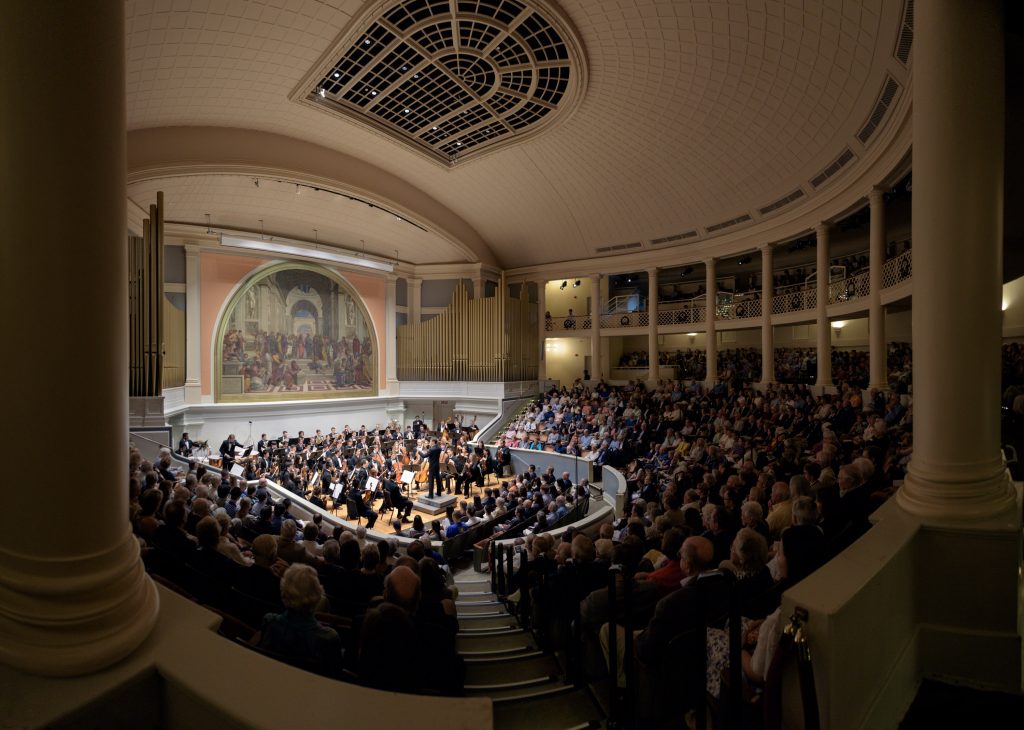 The Charlottesville Symphony at the University of Virginia is one of Central Virginia’s leading musical ensembles. Exciting Masterworks, Holiday and Pops concerts regularly bring audiences to their feet.  Orchestra members also perform at a wide variety of community engagement events and take great music into K-12 classrooms throughout a seven-county region.

The Charlottesville Symphony is a unique blend of professional musicians – many of whom are also music faculty members at the University of Virginia – accomplished community members and talented university students from diverse academic fields.  Together, they create high-energy learning and listening experiences that led one concertgoer to write:

What a privilege to enjoy a performance worthy of a metropolis in a small city like Charlottesville!

Admired for his dynamism on the podium, Benjamin Rous was named Music Director of the Charlottesville Symphony in the spring of 2017, and simultaneously joined the University of Virginia faculty as Associate Professor of Music. In 2018, he concluded an eight-year tenure as Resident Conductor of the Virginia Symphony Orchestra where he conducted a broad range of Classics, Pops and ballet performances, and created the new multimedia VSO@Roper series. 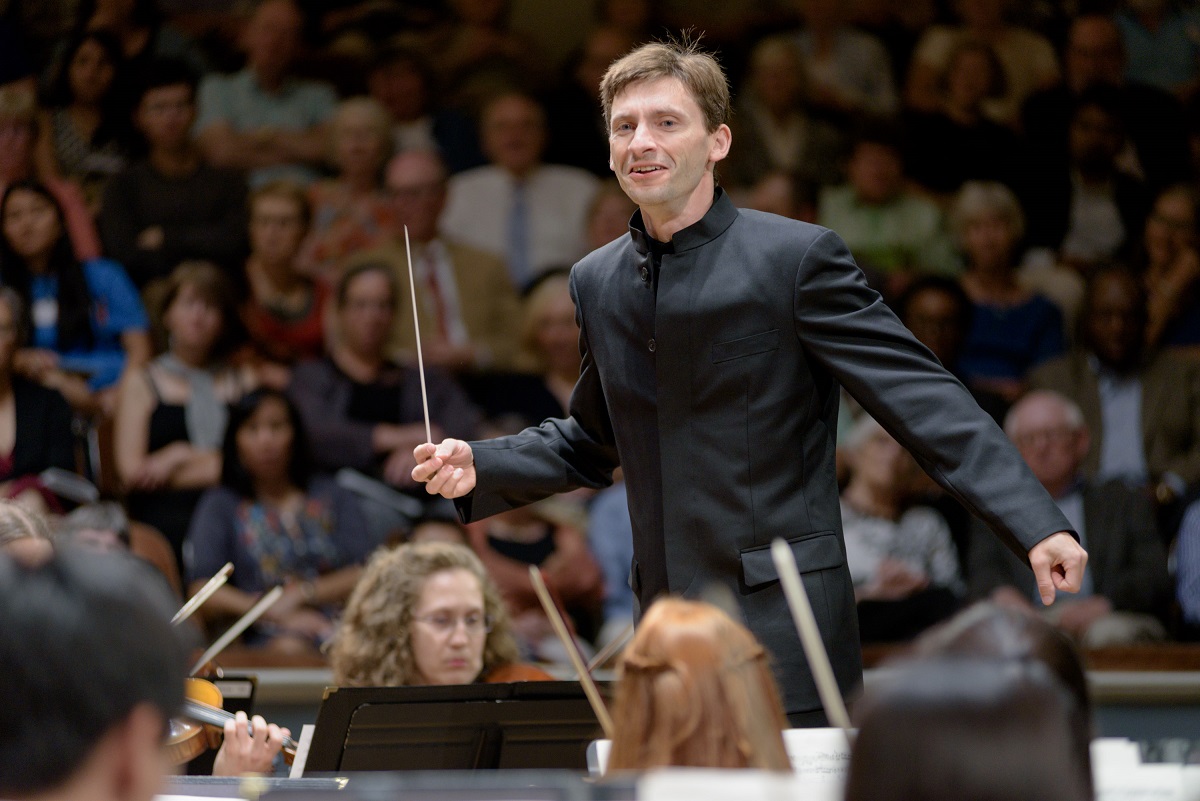 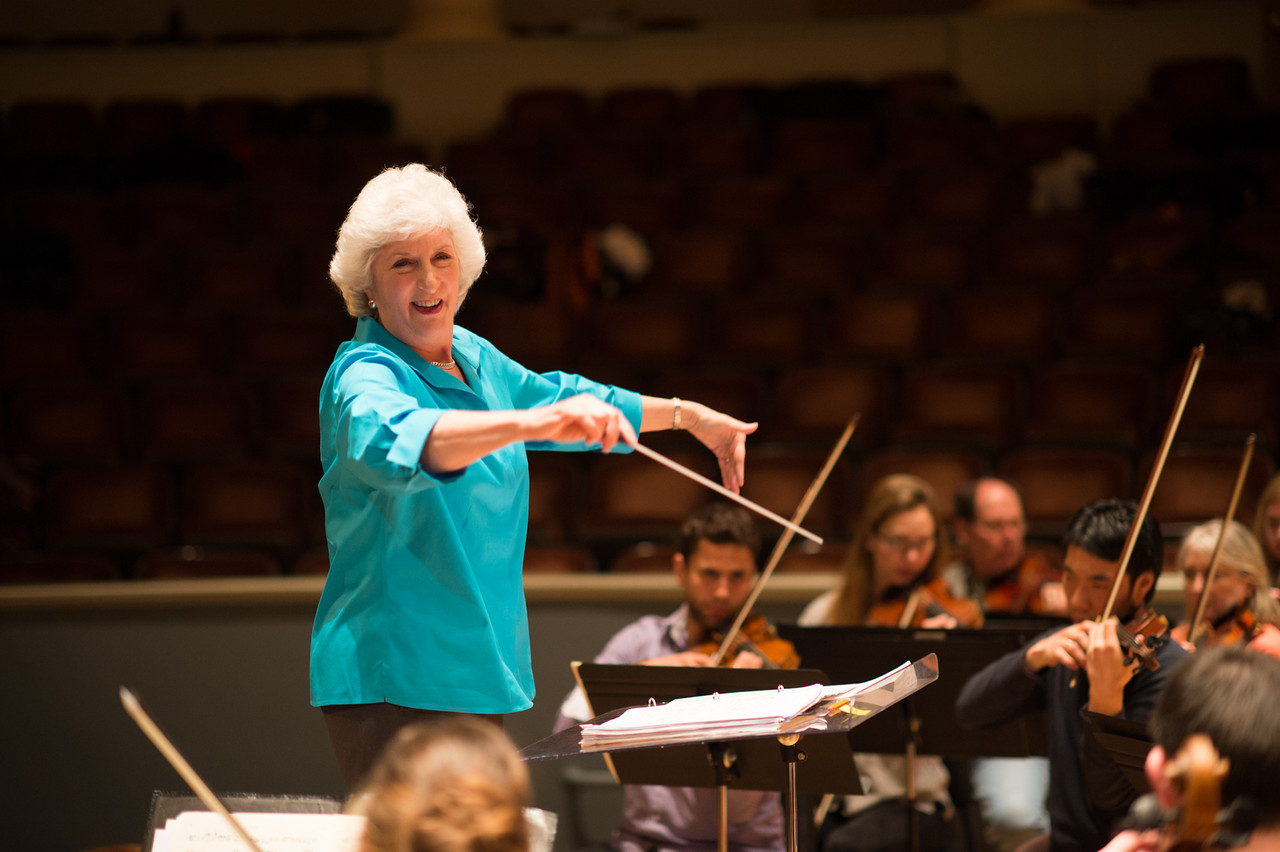 Described by Leonard Bernstein as “extremely musical, a vivid personality, and a strong performer”, Kate Tamarkin has had a distinguished career of 35 years as an orchestral conductor. Bridging both the professional and academic worlds, Ms. Tamarkin retired from the University of Virginia in 2017, where she conducted the Charlottesville Symphony at the University of Virginia for 11 seasons.

Throughout its history the Charlottesville Symphony at the University of Virginia has been a source of tremendous civic pride and an emblem of the bond between University and Community. A 1974 Cavalier Daily article wrote of the newly formed orchestra as "the seed of new life for symphonic music in Charlottesville." Over the years the orchestra has made great strides in musicianship, by recruiting professional musicians to serve as the core for an orchestra of principal players, talented students and community musicians.

In 1974, the McIntire Department of Music hired Douglas Hargrave as Music Director to conduct both the orchestra and the wind ensemble. With fifty musicians and an abundance of perseverance and hope, he set the course that would lead to the accomplished group recognized today as an artistic gem in a city with a rich cultural scene. The advent of the subscription series in 1975 was met with such success that pairs of concerts were instituted in 1978.

Music Director Carl Roskott came to the University in 1991, bringing with him experience gained under such celebrated American conductors as Gunther Schuller, Sheldon Morgenstern and Murry Sidlin. Under Maestro Roskott's direction, the orchestra continued to evolve and its reputation flourished. Audiences from throughout Central Virginia came to concerts that frequently sold out.

By the early 1990s, six professional musicians served as principals. Today sixteen professional musicians act as an invaluable artistic resource to the orchestra and to the community as well. These musicians bring music to audiences far beyond the University by teaching classes in local schools, offering lessons to young musicians and performing for local civic and religious organizations. Without question, these distinguished performers are at the forefront of Charlottesville's vibrant artistic scene.

In 2006, celebrated conductor Kate Tamarkin became Music Director and brought new attention to music and the arts in Charlottesville. With her distinguished career, exceptional musicality and inspiring leadership, she brought the orchestra to new heights of artistic achievement. When Maestra Tamarkin announced her retirement in 2016, a year-long search for a new Music Director began. In May 2017, Benjamin Rous, Resident Conductor at the Virginia Symphony, was announced as the orchestra's fourth Music Director.

The unique blend of professional Principal musicians, talented students and community members lends a cultural vibrancy to Charlottesville unparalleled in most cities of this size. From its beginnings forty-four years ago, the orchestra looks forward to a long future of bringing an inspired musical message to the community.

Click here to view a listing of programs performed since 1974.